Five weeks ago, the Ukrainian war was unthinkable and certainly not something these five Ukrainian women expected. The word war seems to belong to a different period, a different century. During the first month, 10 million Ukrainian people have already been displaced from their homes, with more than 3.5 million fleeing the country to safety. Many of these people are children and women. Women like you and me. Moms. Like me, like you. By psychologist Gerda Kriel

During wartime, women are responsible for the survival of society. It’s women who keep children safe, create a home in their arms and pray for a more beautiful tomorrow. It is also the women of Ukraine whose voices we want to honour in this article.

“No”, her soft eyes smiled at me. “We are not worried about war! Russia will not invade us. You have to understand, they have been threatening and encircling Ukraine for 80 years. And if there is a war, it might just be around the border.”

We meet Yana and her family at a braai, two weeks before Russia’s invasion. They are on holiday in South Africa, and Yana is tanned and carefree. Her daughter sits close to her, reassured by her mother’s trust.

Two weeks later we chat again. Their holiday is over, but Yana is still in South Africa. Stranded.

“I had to tell my daughter everything, just the way it is. That Russia invaded us, and that their soldiers are entering our cities. She is ten years old, she understands everything. And she’s worried, she’s following the news. And we cannot go home.

This war is unfair. It scares us. I try to understand how something like this can be allowed in today’s world. We are a peaceful nation. I want this war to be over, I want to go home, back to my loved ones. If only this nightmare would end.”

(Yana is an amazing baker and currently sells some of her cakes in Stanford and at Hermanus’ markets to create an income for her family while they are stranded in South Africa. Feel free to visit her there.)

“For the first ten days of the war, my thoughts were not with my children at all.

At one point, my ten-month-old baby cried so much that I thought he was sick. Finally I realized that I had forgotten to feed him because I was so distracted by my thoughts and fears for my loved ones in Ukraine.

I’m worried about my family there. My uncle and his family live in a village surrounded by Russian troops. To stay safe, they hide in the basement of their home.

My children are not allowed to watch news from Ukraine at all, it’s even too traumatic for us as adults. But I had to explain that Russia started war in Ukraine, and that many people are now suffering.

I had to explain that Russian people who do not know Jesus are fighting against Ukraine, but that there are many Russian believers who are opposed to this war and are not fighting against Ukraine. We constantly hear about miracles: missiles that are launched and fall but never explode, car accidents in which people climb out of the wreckage intact.

I feel honored to be a part of this nation. Ukrainians stand together like never before.

“There are two armies fighting now: one with weapons against Russia to liberate Ukraine, and the other army is fighting on our knees – praying and fasting to restore hope in our country.”

“There are not enough words, tears or emotions to describe how we feel. My whole family: my brother, sister and parents live in Ukraine. Their children are all still small, some are still in kindergarten.

When the war started, they all had to flee from their homes near the Russian border to western Ukraine. My mother is 67. They are currently hiding in my brother’s apartment on the fifth floor – nine of them together. The apartment’s glass windows offer no protection against the bombs that explode around them.

When the sirens sound, the children grab their toys. They know the sirens mean they are going to have to hide behind walls where they have play to keep them busy.

I tried to protect my own children from the truth, but someone told my oldest at school about it, and I had to try to explain it to her.

This whole war is evil. It is irrational, inexplicable, illogical. How do you explain such a thing? All we ask is that you pray with us. Prayers bring miracles.

4. Lyudmyla Heath (From Oleksyandriya, lives in Stellenbosch. Mother of three.)

I have lived in South Africa for 20 years, my mother’s family is still in Ukraine, and my brother still lives in Oleksyandriya.

It’s hard for us on an emotional level. To hear my brother’s voice and how alone he is, is tough.

Everything is closed. The only food they have is food they preserved during Summer.

I am still trying to protect my children from the war. Their idea of war is what they see in comics, but the concept that someone can die has not taken hold.

If there is one thing the war has done, it has brought the whole world together. Is it not a pity that it takes such a great tragedy to unite the world?

We must all pray for the innocent people, old people, sick people and children. And us, who live in South Africa, must realize how incredibly blessed we are. It is time for us, as women in South Africa, to give the best possible love within us to our families. Kiss them, hug them. Take control of your family life and be intentional with it!

Live life with your family every day as if it were your last. You never know when things may change forever.

I am deeply disturbed by the war in Ukraine. Fortunately, my mother and niece were not in the country at the time the war started. Most of my family are in areas that are still safe today, but the first weeks of the war were terrible.

We were constantly trying to get news about whether everyone was safe. Most of my Ukrainian male friends and acquaintances are already part of the military and fighting. My brother has not joined yet, but I realize that it’s only a matter of time.

One year ago we were on a skiing holiday in Ukraine with our family and friends who live there. We landed at the airport on Ivano-Frankivsk, three generations of loved ones traveling together. Today, they have all been displaced, some to the West of Ukraine, some to Europe, and some have joined the military.

I recently saw a newsflash on CNN that showed footage from Harkiv. In the middle of the rubble and wreckage, a man sits alone and plays the cello.

To me this is the heart of Ukraine: we love our country, we understand what freedom really looks like, and we will never give it up. 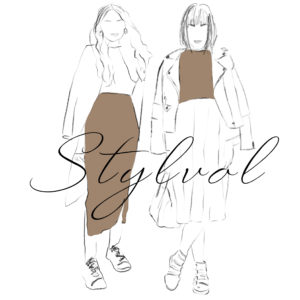 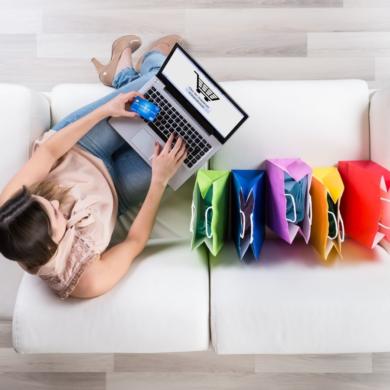